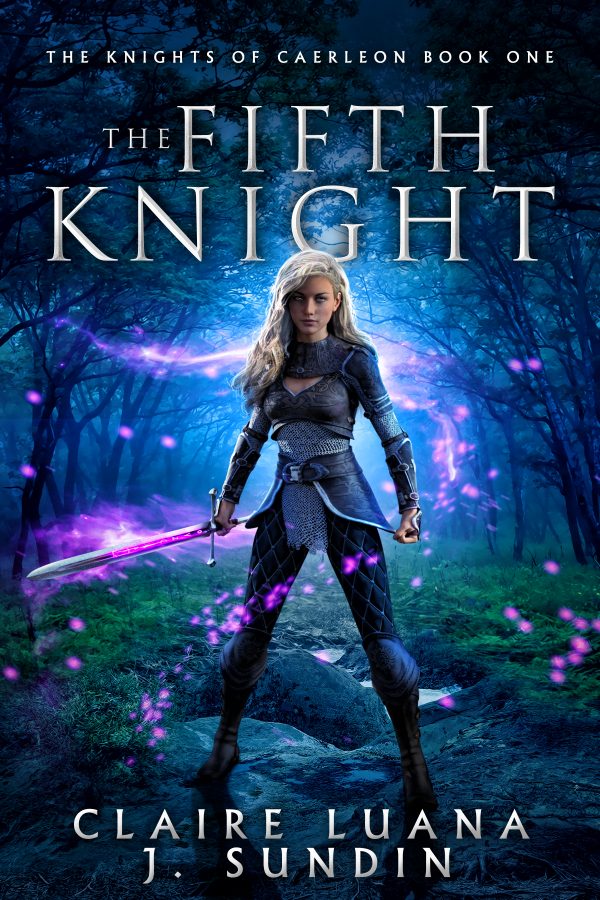 Four cursed knights.
One Warrior Princess.
A faerie sword that binds their lives together.

Fionna’s only hope to save her family lies across the Irish Sea. As a warrior princess of Ulster, the rival clann holding her father and sister for ransom knows she’ll pay any price to get them back. But even she couldn’t predict the task set before her—to steal a faerie sword from a king.

The Kingdom of Caerleon is dying under Morgan la Fay’s dark magic. Her vengeful curse has locked Excalibur in its scabbard, placing Arthur Pendragon’s kingship in jeopardy. Now Arthur and his sword brothers—Lancelot, Galahad, and Percival—have but one hope. The fifth knight. The one foretold by Merlin who will break the curse and heal the land.

But Arthur and his sword brothers didn’t expect the warrior to be a fierce and captivating woman. Or the legendary White Fay, prophesied by Morgan la Fay to destroy Caerleon by claiming the heart of a king and three sworn knights.