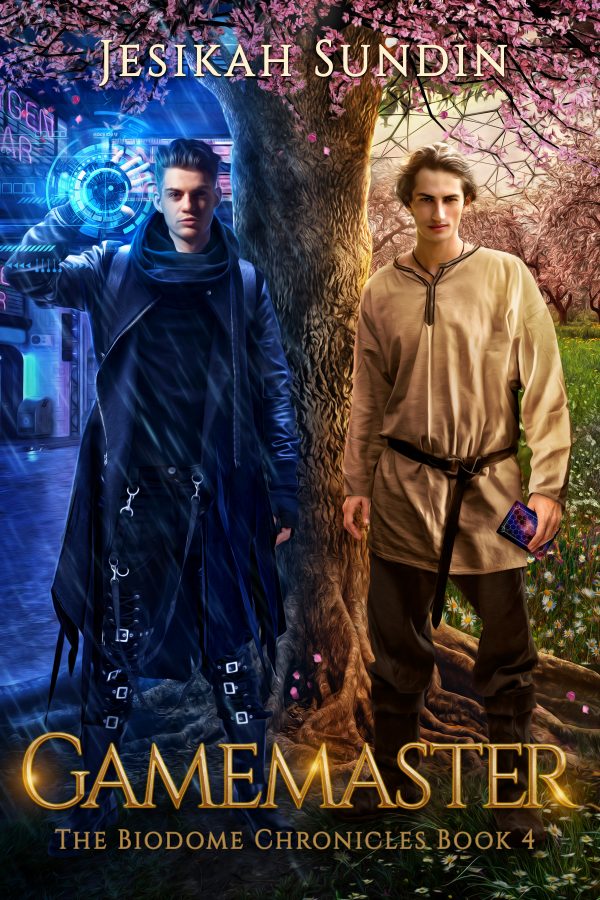 “Spin the tales, Son of Eden. Weave them together. Make a reality all your own . . .”

Three years ago, Fillion Nichols was poisoned, extracted from New Eden Township, and arrested for sabotage. In three days, he’ll return and ascend as majority owner of the human experiment. New Eden proclaims that he’s a man of magic—one who will save them from the evils of the Outside world. But, as the newly appointed Gamemaster, Fillion knows that the truth is far more terrifying than the nightmares plaguing his sleep.

In order to live, something must die.

While the biodome community buzzes with activity over the Son of Eden’s return, Leaf Watson guards a dangerous secret. A secret that forces him to trade diplomacies of peace for declarations of war. Leaf’s energy is redirected, however, when he fights to save the life of his unborn child. Chin lifted high, Willow Oak marches into the Outside to represent New Eden in her brother’s stead. She longs to unleash her hurricane winds of justice upon the world that threatens her own. Yet when she sees the man who broke her heart, their combative grief endangers all.

In different worlds coded by the same illusions of power, Fillion, Leaf, and Willow must battle ever shifting images and perceptions—a necessity if they are to reboot their generation and save the community they swore to protect.

The future meets the past in this thrilling conclusion to The Biodome Chronicles, leaving behind a final question in the quest for truth.

Are you ready to discover what is real?