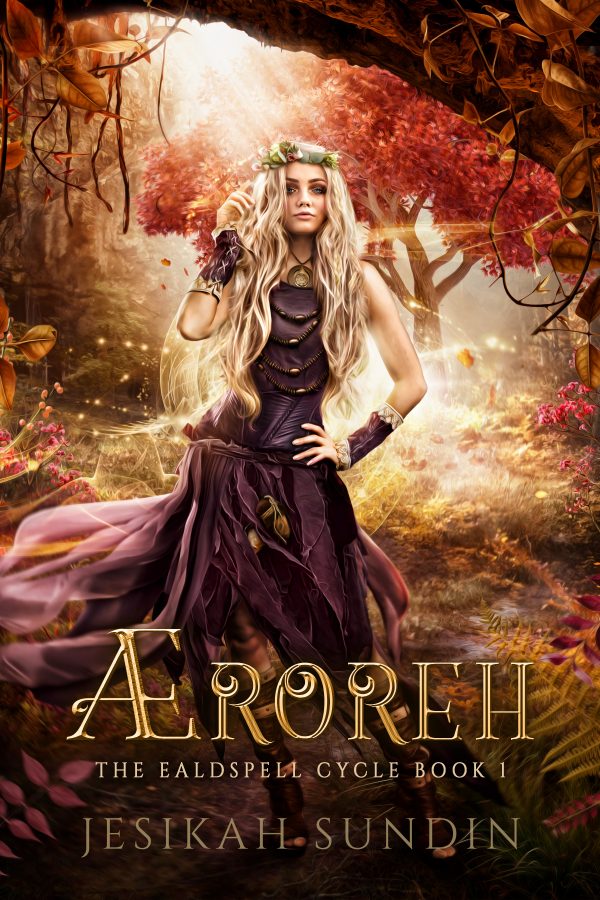 DREAMS ARE DANGEROUS
Unless she unlocks the powers of her mind.
He fights his Otherworld shadow self.
And with only fae magic to re-spin their tales.

Princess Æroreh Rosen was faerie blessed before her birth. To promote the New Dawn Era, the Queen coded her daughter with every feminine perfection.

Hunger and lung sickness plague the Kingdom of Ealdspell. But Æroreh is plugged into The Dream, a program created by a sect of faeries to control the realms through illusions of beauty and contentment. All Æroreh has ever known is blissful servitude to a cursed system, and she believes her realm is prospering. Until a different faerie sect decides to wake her sleeping mind and set her true magic free.

Meanwhile, Félip Batten MacKinley holds a dangerous secret. One made more threatening by the frostbite scar across his cheek. He’s spit on, beaten, and demonized by a community that values a pretty face over all else. With no easy future in sight, he accepts that he’ll die a burden to his foster parents, his true history erased. But a tempting offer from the faerie’s Fate Maker leads Félip to cross paths with the hauntingly beautiful Æroreh—a young woman who represents all he loathes.

Yet only she has the power to awaken a new Dream.

Æroreh is a gritty spin on the romantic tale of Sleeping Beauty and blends faerie magic and pagan ritual with high technology. For fans of Margaret Rogerson, Holly Black, fairy tales, and young adult dystopian fantasy.

CAN BE READ AS A STANDALONE

"The heart is an arrow. It demands aim to land tru

"Let's take our hearts for a walk in the woods and

"One could still plot violent espionage and still

"Just remember, during the winter, far beneath the

"Everyone finds different lessons in stories, I su